The Second Energy Revolution: What energy source will power the vehicles of tomorrow?

Did you know that gasoline-powered cars were not the only ones around when the first car prototypes reached the market?

In 1900, the automobiles market was negligible, counting fewer than 15,000 cars. Given no time-tested designs, hundreds of car ventures took on a mission to create a car for the masses. As suggested above, the gasoline-powered engine was not an obvious winner at the time. At one point, electric-powered vehicles represented a third of all cars on US roads. Similarly, since the steam engine worked well in propelling trains and boats, it was seen by many as the most logical energy source for a car. In early 20th century, there were more than a hundred makers of steam-powered cars, the most successful being Stanley Steamer, reaching an impressive speed of 127 miles per hour.

Today we find ourselves at a historical inflexion point. The energy source that powers our vehicles must go through fundamental changes to reduce the risks and impacts of climate change, as highlighted in the Paris Agreement.

With alternative fuels such as biodiesel, electricity, ethanol, hydrogen, natural gas, and propane leading the charge, which energy source do you expect to go mainstream?

I think clean energy technology will continue to improve and become more popular. I don’t know that every country will use the same source because logistics and money may be factors.

I think very much that the impact of Tesla as automobile trend will lead the way towards electric-motion vehicles.

In my opinion it could easily be more a matter of fashion and style. Tesla has already a super strong brand with a super charismatic leader so…it is very easy to predict that electric-powered cars will go very strong even if they still have some limit due to the low autonomy.

Very interesting topic here @RazvanPaun. I think the future belongs to alternative energy sources not only in the automobile industry but other industries as well. Mass adoption of non-gasoline powered vehicles i think will happen gradually depending on the average cost of those vehicles and the features they provide, especially the autonomy.

Companies providing those cars, like Tesla, will need to convince people first about the benefits of owning a vehicle powered by electricity as an example…convince first, propose later. Many people are already convinced about the benefits however, things like autonomy limits, price and the availability of recharging points dispersed all over a given country prevent people to adopt massively those vehicles.

Also the psychological warfare in the field of communication media that is keept by old stablished companies in the field of gasoline cars manufacturers and even oil producers is something we should take into consideration: the king won’t give up his crown too easy. While Tesla and others are trying to convince people about the benefits, others are trying to convince the opposite way…it is a war between the Roman Empire and several rising tribes of Eastern Europe…but remember that Roman Empire fell…eventually.

Summarizing: i think that mainstream adoption of fuels like biodiesel, electricity and others will gradually happen but we will not see only one alternative source of power used on cars…i think we will see a wide variety of energy sources used including solar energy

. Tesla is the leading company in the market and i think that worth a try to take a look at chinese companies like Nio and Li…

Nikola is in my opinion the nearest competitor to Tesla…while Tesla is hitting the personal-use vehicle market hard, Nikola is trying to “convince” in the market of trucks for industrial usage…cars & part manufactures will lead the way.

With the increasing popularity of using electric-powered vehicles (and other environmental-friendly fuel alternatives to gasoline) and growing awareness of the threats/damage that continuous usage of gasoline-powered vehicles may pose to our environment, it’s possible that there will come a time that the number of people using these kind of vehicles in main roads will dramatically increase given the fact that many of us, are starting to realize the consequences of not paying much attention to our environment and it could even be much worst in the long-run if we won’t do necessary actions in the present.

Will whisky fuel the cars of the future?

Is it finally the end of the road for the internal combustion engine?

Did you know the first electric car was invented in Scotland in 1832? (along with the telephone, television, penicillin, the MRI scanner, The refrigerator, the ATM, the flushable toilet, the contact lens and the hypodermic syringe

Seriously though, I feel like there should be a better solution to this problem, surely the genius minds of this planet can come up with a solution that is less draining on the world’s resources. I am by no means smart enough to even speculate how this might work but surely somebody could invent a kinetically powered car, one that didn’t require fuel - there are partial solutions already, called KERS - which collects and utilises the energy produced when a car breaks and redistributes this during acceleration. Would be lovely to see a complete solution though.

Maybe carbon emissions will dictate the fuels of tomorrow as governments clamp down and aim to lower CO2 emissions. I think any fuel that emits or even contains carbon will likely be such a small part of the mix.

I expect batteries to be the main use for the majority of vehicles with it being supported by hydrogen fuel cells for vehicles which require longer journeys such as goods vehicles, buses and some cars.

This will mainly be lead by car manufacturers responding to governments and users, but also greatly depends on the infrastructure, especially in the case of hydrogen, which would need to be taken up as an alternative fuel source around the world.

Germany is investing heavily in hydrogen energy sources, I would expect it to be adopted in vehicle production given the importance of the german auto industry, and hopefully soon enough.

Hello Dear Pynksters, As for me ,It depends on development of Economy of particular country ,which can afford to supply people with elelectric coutries ,There are still veryold cars in my country,which really make high pollution to enviroment .Benifits of Tesla cars is based on ecology of Nature,
Japan,USA,Europe can totally be converted to electric cars , but still gadoline cars has dominantside of drivers of nondeveloped countries.
But I prefer Tesla

In my area I can see that there are more and more hybrid solutions (gasoline as a main power + some electric implementation), which shall pave the way to pure electric cars.
However, Toyota (popular brand here) is working on a hydrogen car.
So my guess is that coming years will be with more affordable hybrid cars, slowly going to pure electric cars with some market share of hydrogen cars. Then I would expect in 25+ years some new technology will be available and start making maybe electric + new tech hybrids.

The thought that solar and electric vehicles (EVs) would ever be viable, prominent energy alternatives was a revolutionary idea a few years ago. Now, EVs are becoming more affordable and efficiency levels are consistently on the rise, opening the door to a renewable energy future.

Yes, I think competition is a factor driving innovation in the automobile industry.

Definitely Tesla. I love what he is doing. I have seen some amazing stuff from Mercedes benz as well. It those concepts are true, then they will be up there as well.

Big steps taken in the realm of hydrogen fuel. Just saw this in the news: https://www.cnbc.com/2020/09/25/hydrogen-powered-passenger-plane-completes-maiden-flight.html

Might be a bit too mainstream already, but I can’t see how the renewable energy rally could be stopped right now. My special hopes are on solar energy here.

Talking about renewable energy in general, think the bottleneck right now is the storing part of the lifecycle. Therefore I have my hopes on better storing options (mostly batteries). As an investor, especially excited about QuantumScape moving closer to becoming a public company.

I enjoyed these very valuable and important insights, thank you Razvan. To your question: I think battery storage capability will be the key driver of this green energy revolution for the foreseeable future …

I’d say that electricity will have a big comeback soon, placing enough charging stations is a small problems in comparison with the biggest problem electric cars have, battery capacity.
When a new technology replaces Lithium ion batteries, then will the doors be open for making electric cars mainstream.
I think that batteries are the main reason gasoline powered cars came on top and they will be the main reason for electric cars reaching the top.

Batteries didn’t really change much in maaany years, they actually put us backwards since everything uses more power but the capacity is almost the same and efficiency reached some kind of a top.
That is why we need to charge our phones once a day instead of once a week like before.

I think we will really feel the quality of life improvement when new battery technology gets mainstream, from car industry to smartphone/portable gadgets industry.

There’s an interesting startup (Carnot, pronounced as in Pernod rather than Whatnot) raising now on Crowdcube. Early stage & young guys, but with serious partners involved, cermaic engines that can run on biofuels & hydrogen, I’ve taken a nibble

CARNOT is raising £100,000 investment on Crowdcube. Capital At Risk.

Carnot aims to reduce global CO2 emissions by 13% to accelerate the world's transition to net-zero and bring clean, secure and affordable energy to all. Carnot plans to achieve this by developing ultra-efficient hydrogen combustion engines built from...

I agree with @JJhere but I’m very skeptical with hydrogen (I work for EDP, an electric utility company that is “pro” hydrogen, so don’t tell them that 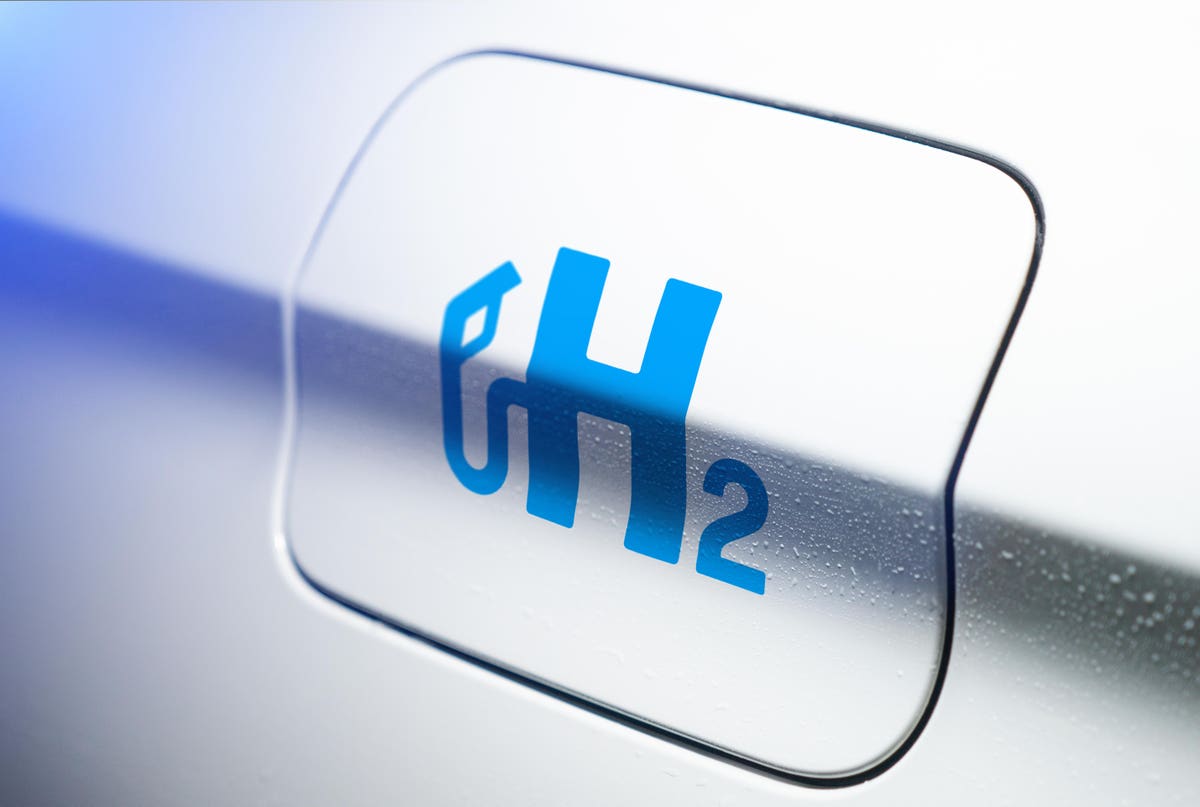 Can The World Really Afford A Hydrogen Economy?

Hydrogen is still considered by many to be the most promising solution to the world’s green energy needs for transportation. But there are a number of reasons why it’s not – including one very big reason.

See the superpowers of hydrogen

7 Likes
next page →
Disclaimer: any information found on the Community platform does not constitute any form of advice or recommendation by Crowdsense Ltd. and is not intended to be relied upon by users in making (or refraining from making) any investment decisions. Appropriate independent advice should be obtained before making any such decision.
Copyright © 2020 Crowdsense Ltd.. All rights reserved.